28 August marks the beginning of the 76th Venice Film Festival, the film festival that welcomes the world’s best in cinema production.

Venice is even more magical than usual during the Film Festival: an exhilarating atmosphere, international celebrities strolling through the streets, and great cinematographic art on stage at the Lido di Venezia‘s Palazzo del Cinema.

Fans of VIP watching and autograph hunting simply can’t miss the red carpet in front of the Palazzo del Cinema, which offers the best chance for autographs and selfies with the actors who will parade out every evening before the screenings.

The 2019 Film Festival program promises to enthrall audiences, starting with the new film by Japanese director Hirokazu Kore’eda. Winner of Cannes in 2018 with Shoplifters, Kore’eda comes to Venice with La vérité, starring the splendid Juliette Binoche and Catherine Deneuve.

Followed by the long-awaited Hollywood films already on the Oscar track: Ad Astra by James Gary starring Brad Pitt, Joker by Todd Phillips starring Joaquin Phoenix, and The Laundromat by Steven Soderbergh starring Meryl Streep and Gary Oldman. There is also great anticipation for Unposted by Elisa Amoruso, the documentary about the life of Chiara Ferragni, the Instagram influencer with 17 million followers. 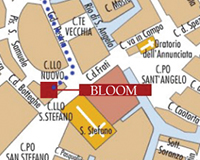